I swam the English Channel
March 16, 2018 by By Hugh Darlington, Board Master Certified Arborist 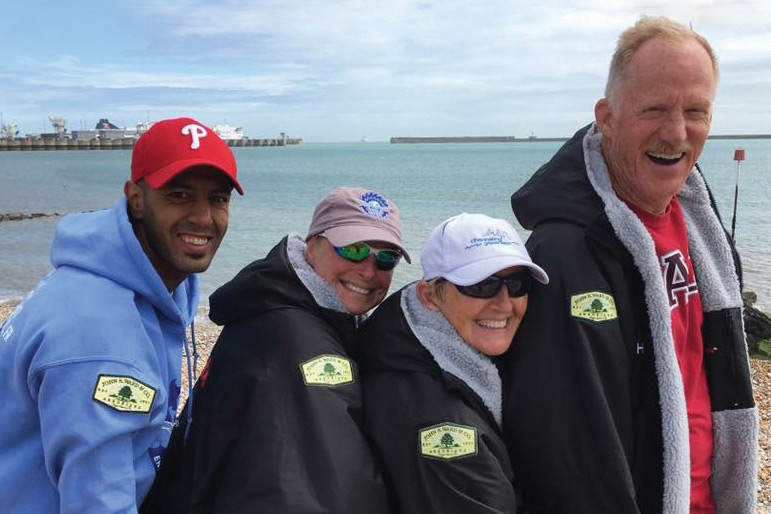 Every year, I represent John B. Ward & Co. to all my clients.

In 2017, I had the privilege of rep-resenting the company, and the United States, in another way: as a member of Channeling Greatness, a six-person relay team that completed a swim across the English Channel.

During our eight-day “wait period” – as we waited for the weather and for the other swimmers who were scheduled before us – the waters were too rough for swimming, with the exception of one day. An 18-hour calm between the storms gave us our best chance for success, even though we were the third swim scheduled. The first of nine boats carrying teams went out at 3:00 a.m. Our team was in the last boat to start, at 5:00 a.m. Of the nine boats, only six finished.

Within an hour, the stormy seas had returned. But Channeling Greatness had met the challenge!