Natural Predators Do All the Work
February 28, 2014 by Hugh Darlington, ISA Certified Arborist 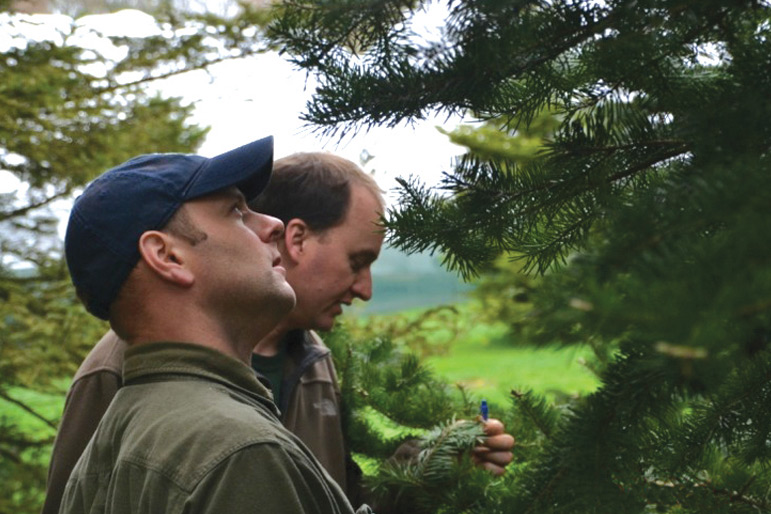 That’s as simple as it gets. Really. Natural predators do the work 24/7.

John B. Ward and Co. is working with Haverford College to control an epidemic of armored scale and spider mites in the College’s Pinetum. The Pinetum was planted over 100 years ago to test lesser known conifer species’ suitability in Southeastern Pennsylvania’s climate and soil types. Today, there are several State Champion fir, spruce and pine species, but some have developed pest problems over the last decade. In keeping with the spirit of the Pinetum, we offered to try to control these pests using natural predators. Hopefully in the coming years we will be able to use these natural methods more frequently in our clients’ landscapes. 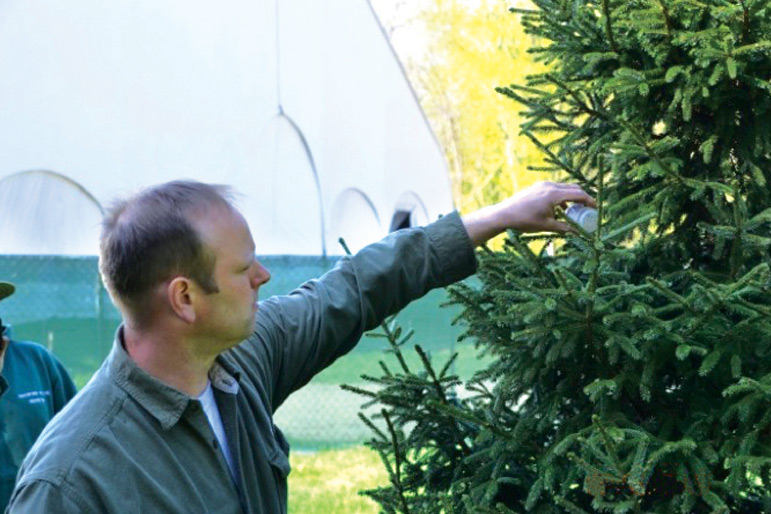 Charlie Jenkins shaking out a natural predator of the spruce spider mite on a Norway Spruce in the Pinetum on the grounds of Haverford College. 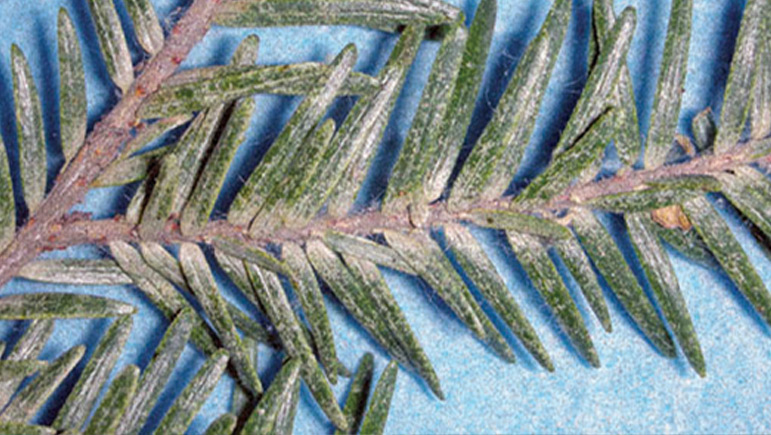 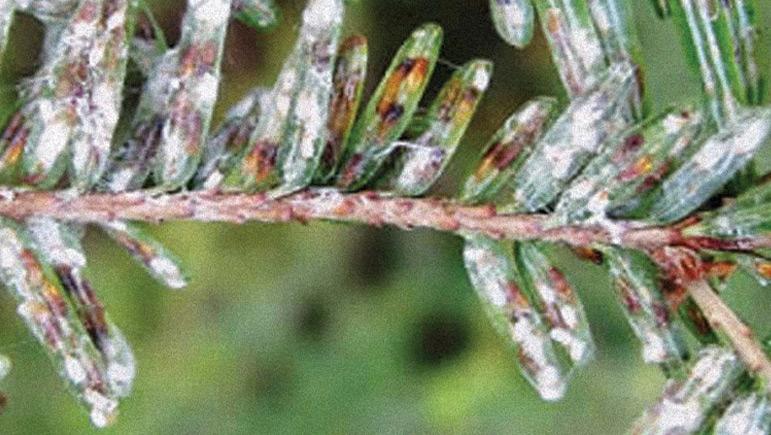