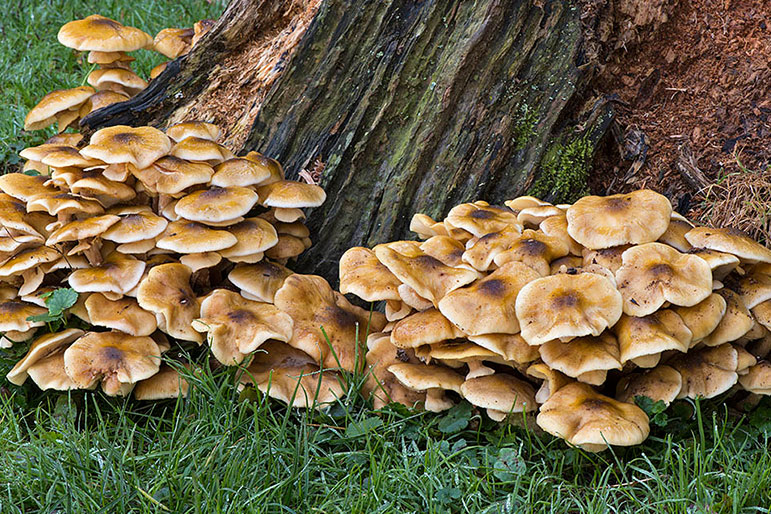 The moist and mild weather of this past year were perfect conditions for fungal species to produce a wide array of mushrooms sprouting from the trunks, limbs and roots of trees, especially Oaks and Maples.

Decay of living and dead trees is caused by fungi. Fungi decay wood by secreting an array of enzymes with the unique ability to disassemble the complex molecules that comprise wood. We know the fungi by the mushrooms and conks they produce. These fruiting bodies produce  reproductive spores that are released into the environment. For the Arborist, it is most useful to name the decay based on the location on the tree where they occur: root, butt, sap, heartwood, trunk, and branch rots. We can then specify the type of rot: white, brown, and soft rots.

Chicken of the Woods
Polyporus sulphureus

Causes a brown rot of the heart wood of the trunk and butt. Like other fungi, the body of the fungus (mycelia) produce specific enzymes to breakdown the cellulose in wood. Trees may appear to have a healthy crown, but the heartwood may be decaying. Salmon colored to sulfur yellow overlapping caps fading to white. Edible. 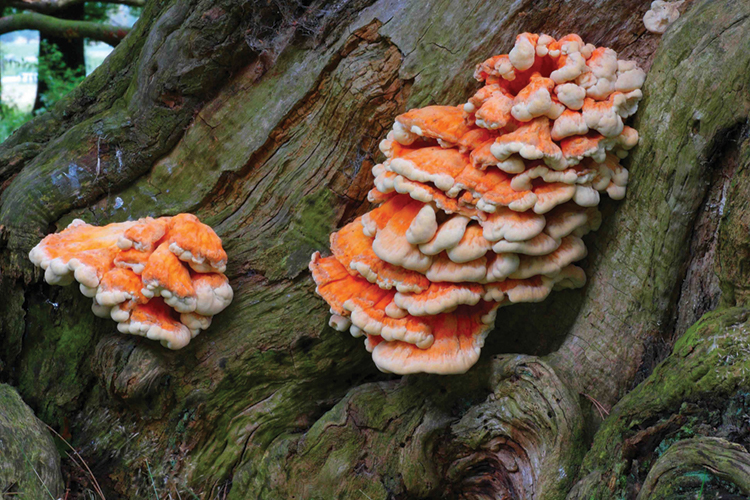 Vigorously attacks and decays roots and butts. Called Shoe-string root rot due to the mycelial fans which resemble black, flattened shoestrings. Decayed root systems by Armillaria cannot support the crown of the tree. Trees commonly fail by up-rooting. For the Arborist, identification of the various stages is so critical in evaluating the condition of mature trees in public places where tree failure can cause damage to property and injury to people and pets. Edible. 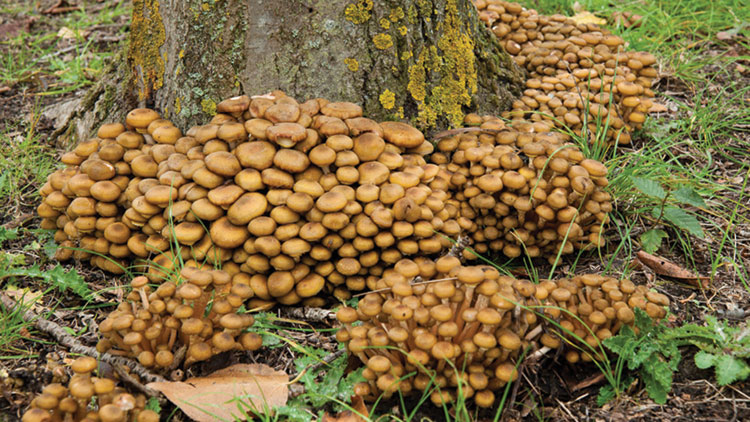 One of the most common mushrooms on Maples and Tulip-trees. The fungus decomposes wood that is dead (saprophytic). It does not spread to live tissue (pathogenic). These white to yellow overlapping gilled caps stack-up along a seam of dead wood trunks and cause a white sap rot of the wood. "Hiratake" to the Japanese, who use the mushrooms in cooking. 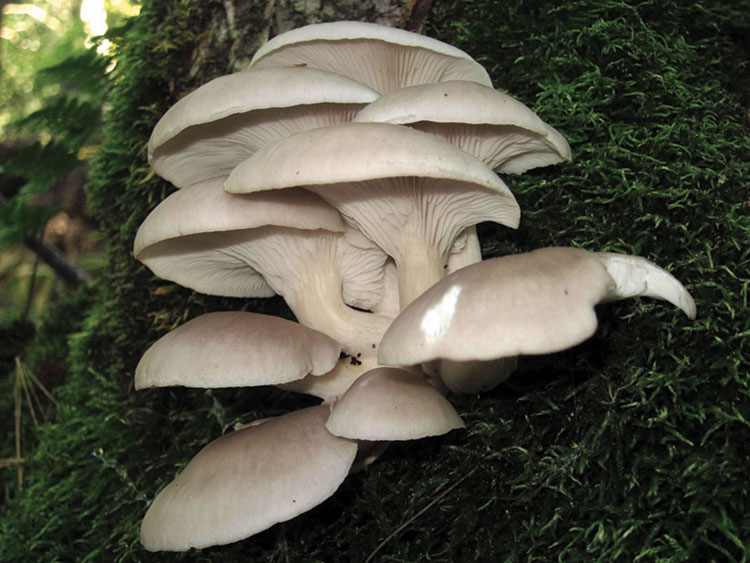 Causes both heart and sap rot. The perennial woody conks of concentric brown zones with white margins are found at the base and along the trunks of trees. It is the largest perennial conk found on community trees sometimes measuring a foot across. Persisting for many years, the conks indicate serious pending decay. 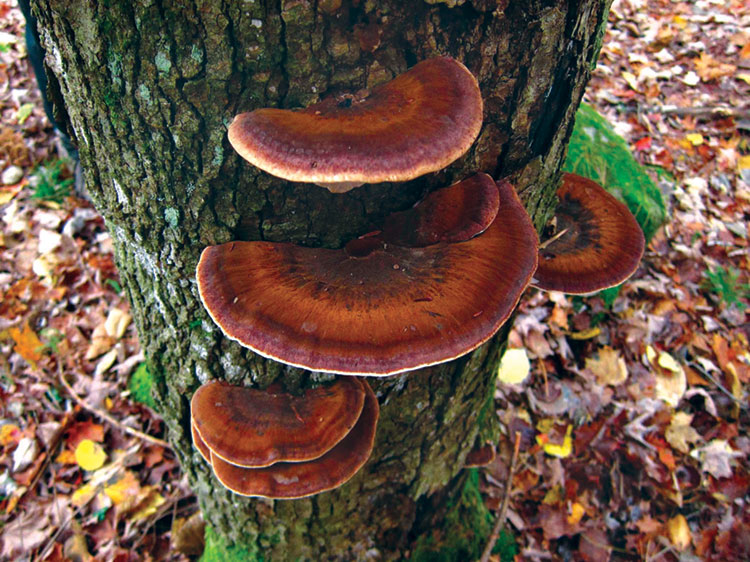 As Arborists, our primary responsibility is for our client's safety. The presence of mushrooms and conks is a positive indicator of decay and therefore represents an increased potential for tree and limb failure. We are trained to recognize and identify the fungi affecting trees so that we can make an accurate diagnosis and recommend a safe course of action.